How to Prepare For Rising Interest Rates

If you’ve been reading the finance section of the papers, you’ll have noticed speculation about the Reserve Bank of Australia (RBA) increasing the official cash rate (OCR).

What the RBA says

Economists at the big four banks expect a rate hike soon, with Westpac and CBA predicting the first increase in August 2022, followed by ANZ in September, and NAB in November.

Here at Nectar, we don’t have a crystal ball, but regardless of what the future holds, it’s worthwhile reviewing your finances from time to time to ensure you’re in a solid position.

How Do I Prepare For Rising Interest Rates?

Firstly, keep calm – you have buffers in place

Interest rate increases are the exact reason why lenders use serviceability buffers. Currently, for loan approval, a lender must determine that you could still make (‘service’) loan repayments at three per cent higher than their actual market rate. This means that small, gradual increases in rates should be manageable for most.

However, these buffers can’t account for all of life’s changes. If you’d like to take extra steps to put your mind at ease, here are some other options:

1) Book in a mortgage review

If it’s been a while since your last interview, two things have probably happened:

These factors combined may have reduced your loan-to-value ratio (LVR) enough to refinance to a lower-interest mortgage. This may also be a chance to include or exclude loan features that better fit your current financial situation.

2) Look at your spending

If your expenses or spending habits have crept up since you first took out your mortgage, now could be a good time to see where you could tighten the purse strings, just a tad.

Use a budget calculator

If the OCR rises, it will affect all types of lending, not just mortgages. So, if you have other debts from credit cards, vehicle and personal loans, you could consider consolidating them into one loan at a lower rate. You would save on repayments and offset some of the impact of a rate rise.

Of course, a rate rise doesn’t just affect current homeowners. Rising rates will reduce the amount first home buyers can borrow. If you’re working towards your first home, the suggestions above are just as appropriate for you, and will help you get in a better position for mortgage approval.

Is Now a Good Time to Fix Your Mortgage?

There are pros and cons to taking out a fixed rate in any scenario. If you’d like to discuss a fixed loan, please get in touch.

Most fixed rates are for 1 to 5-year terms. Usually, if banks expect the OCR to rise, their fixed rates will be higher than their variable rates, and the trend we’re seeing right now is that the longer the term, the higher the rate.

In a nutshell, being prepared for interest rate rises is about being comfortable with your buffer. If you’re not, get in touch with me and we can talk through your options. 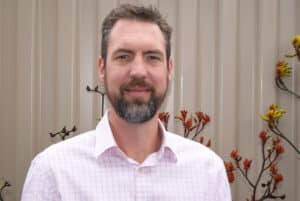 With a history in public sector finance and the finance industry, Chris knows money.

With your best interests at heart, Chris will help you better understand your financial choices. He will guide you through your financial options and explain what it all means. In plain English.